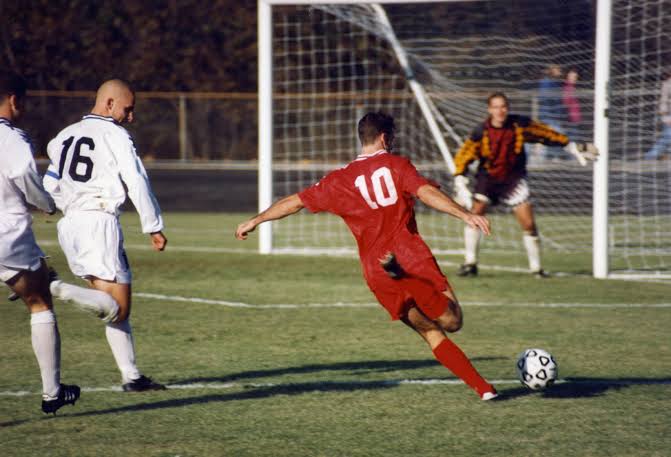 Cristiano Ronaldo is your idol, Lionel Messi your mentor, you love the personality of Zlatan Ibrahimovic and you aspire to be like them. It all starts with the conscious acts of our imaginations; you imagine yourself in a live football match with the glory of a thousand fans chanting your name and watching you gracefully play, but then you don’t know how to start that football journey.

Every idol you watch on TV had their period of humble beginnings and that is what matters the most, because a journey of a million miles begins with a single step. Football being a game of passion is one you can’t be forced to love or play, football is the mindset of a people. I don’t play football, but i love the game and support my team in full. Every weekend is a cocktail of mixed feelings for football fans because their team could either draw or win a game and those results leads to a different feeling. We gather with the opposition, taking hurried strides to the football viewing center and at the end of the day, there is always the banters, jokes, mood swings and happiness. That is what football is all about.

Kepler Laveran de Lima Ferreira popularly known as “Pepe” is a Portugal international footballer and he told us how “Sandwich” influenced his decision to play for the Portugal’s national team. Pepe was born and raised in his native Brazil hometown but migrated to Portugal. In his previous interview, he revealed that he had to choose between buying food and calling his mum in Brazil to let them know he is fine in Portugal. He was such a young vibrant boy trying to work, play football and settle down. He made Portugal his home when a guy bought him a Sandwich and the love shown to him was too sublime when Portugal came for him to play for the football national team. Though, Pepe is currently signed to Porto FC after a successful career he had in Spain, Turkey and Portugal. He has gone on to win the European Championship and the inaugural Nations League with Portugal. There are a lot of footballers whose story would inspire you but Pepe’s own will actually be a stepping stone as you take on the football trip.

In this article, I would be listing tips to becoming that professional footballer you’ve always dreamt of, how to keep positive mindset and how to succeed in the world’s most famous sport “football”.

Football scouts from Europe visit Africa all the time and they choose among the most talented. I’m going to be giving nine(9) unique tips on how to approach football and also how to become a professional.

1. Having a Positive Mindset: This is the first and beginning point you need in other to succeed in anything. Having that “winning mentality” is essential and owning that means coming out with the positive aura as you venture into anything. For instance, reminding yourself of the repercussions of not attaining that professionalism is a total turn-off because that alone discourages and gives you alternatives/options, thereby creating a divide. When you have a made up mind on making football your career, you have to drop so many things that will hinder your journey. Things like acquisition of skills, working as a labourer, going along with a daily businesses and so on. A huge step is required for one to take football as a “priority” in ones life. One has to be very ambitious, and having that winning mentality (even without talent) is a huge boost in winning games. Being mentally prepared goes a long way in any kind of sport. First, you need that positive mindset to overcome what lies in front of you.

2. Keeping physically fit: Morning jogs, exercising routinely helps relax the body, thus, making the body physically fit. A very fit footballer is also on the list of what football scouts needs. Keeping fit is not all about playing football regularly don’t get me wrong, when i mean fit; you eat a balanced diet, put up an exercise daily routine. Keeping fit doesn’t only prepare your whole body physically fit, it also prepares the mind. When you go through a lot of footballers social media page, you will see pictures and videos of them spending time in the gym, going for road walks with their families all dressed in training kits and eating good food. I take special liking to Cristiano Ronaldo. Cristiano represents all what young footballers need to excel, the hardworking footballer is there, the winning mentality is there, and the zeal to learn is also there.

3. Watch football games: If you notice when i started writing this piece, i talked about myself not knowing how to play football, that wasn’t a joke but i also love every part of the game because i see a lot of live football games in a local viewing center. I don’t miss any top football games and that makes me analyze the game better. Becoming a professional footballer requires you to see enough games, though, you are learning things like players attitude, charisma, self-confidence, self-control, calmness and how to approach a heated game. I have seen a situation where retaliations made the referee send a player off. The occasion happened earlier this season in the English Premier League. Manchester United hosted Tottenham Hot Spur and Anthony Martial couldn’t control his emotions after a brawl occurred. He ended up touching the player and at that moment, he was sent off using the Video Assistant Referee (VAR) checker. Seeing almost every football games is a huge step for you in becoming what you want to be. Here, you see players of different characters and it makes you choose whom to idolize. A friend once idolized Lionel Messi and that alone contributed to his emotional build-up like humility, his steadiness, his smile in a difficult moment. Watching Lionel Messi has contributed a lot in his career and that was a massive phase he passed.

5. Always own a complete football kit: Complete football kits required are jersey shirts and shorts, shinguard, hose and a pair of complete boots with studs which will aid for grip while running. I see a lot of footballers with bare foots playing football. That alone changes a narrative about you when a scout sees you. He might go down with the conclusion that since you can’t dress up in a complete football kit, then you look very unserious. The best way to enjoy what you love doing most is to be smart with all available resources you can get. Dressing up in full football kit is divine and it makes you look beautiful before you even kick a ball. This is it, always dress up completely, make your football shinguards and hose available because without those, your protection rate from injury reduces. For example, Shinguards protects the shin whenever there is a clash from a high opponents boot with stud. A goalkeeper should be complete with his or her kit but the hand gloves should also be added. Hand gloves are one of the needed requirement a goalie needs before he/she can play a football match.

6. Attend football auditions and screenings: Every year in my community, a football screening exercise is always held so to move the talented ones in a more sophisticated team. I always encourage people to go for screenings even without been invited. Football auditions are really essentials, an European scout might come to Nigeria with a mindset of not walking around the community in order to search for talent. He might come with the idea of organizing a football screening exercise and auditions for informed players to showcase their talent. I attended one football audition in 2019 and i saw different football talented sensations but the turn-up was very low. That got me very disappointed but still, auditions are very important for one to go forward in sports. Auditions gives you confidence, rightful connections and lots of people to meet so you could discuss your football journey. A verdict of what the scout will bring about you will be very important even if you are not selected to go to Europe. Don’t take football auditions lightly and watch yourself excel in football.

7. Make football videos: This is the part upcoming and aspiring footballers lack. Making videos of you displaying your football prowess, scoring goals, doing the unbelievable skills and ball walk with cones. Just get a good camera with a high pixel – pixels that can capture a running object in full with a good playback, take pictures and upload. Making those videos will help you a lot in bringing your talent to the world. Share your videos amongst friends and families, send the videos to football coaches in your local community because you don’t know who might give you the right football connections you need. Use social media to upload your football videos, use YouTube, Instagram, Facebook or any other online streaming platforms. While uploading, tag footballers, scouts, comments on their verified social media pages and hope someone can recognize the talents.

8. Participate in a local football competition: Small football teams in my community organizes football competitions that brings unity amongst us. Football fans around the community never fails to attend any game, and those from the neighboring town and cities also watch games. So participating with a football team increases your chances of becoming popular and known within the neighboring communities. When you are involved in a competition like that, give it your all because you don’t know who might be seeing the live game. If you are a striker be clinical, if you are a midfielder don’t lose a complete pass and control your midfield position, if you are a defender make most tackles and interceptions both on areal duels and challenges, if you are goalkeeper try not to concede a goal, a clean sheet is important with plenty of “saves”. Prove why you are the best on the pitch and convince those spectators that you are the best player in the field.

9. Be at alert and know football facts: Now you have done everything possible to get noticed both in your place and community, what you need now is to be alert because you might be called upon when the need be. Be at alert, check your social media direct messages (DMs), answer your calls and get involved whenever you receive an invitation. About knowing football facts and histories, you need to see more games lively by visiting football viewing centers, listen to analysis from football pundits, read football news online and get involve with any related football-article you come across. Where you see gathering of people talking about football games, get indulge and make your own opinions. Listen to what people will want to say about your favorite football teams and bring out a heated football argument if the need arises. Engaging in football discussions makes one knowledgeable about the game, how to explain the game both on and off the pitch and never forget to bring your opinions about a football match (the formation you think the coach would have used, the position he should have played each players and the correct substitution he would have made after the first half), this is what we call “reading a game.” Knowing football facts will always increase your knowledge on that.

I have really said a lot and i hope this piece will help you in pursuing excellence in that passionable sports called football. Don’t throw your dreams away, you too can be like Cristiano Ronaldo, Lionel Messi, Zlatan Ibrahimovic and a whole lots of successful football players in the world. Sadio Mane from a poor street in Senegal is also a big example of what this script is talking about.