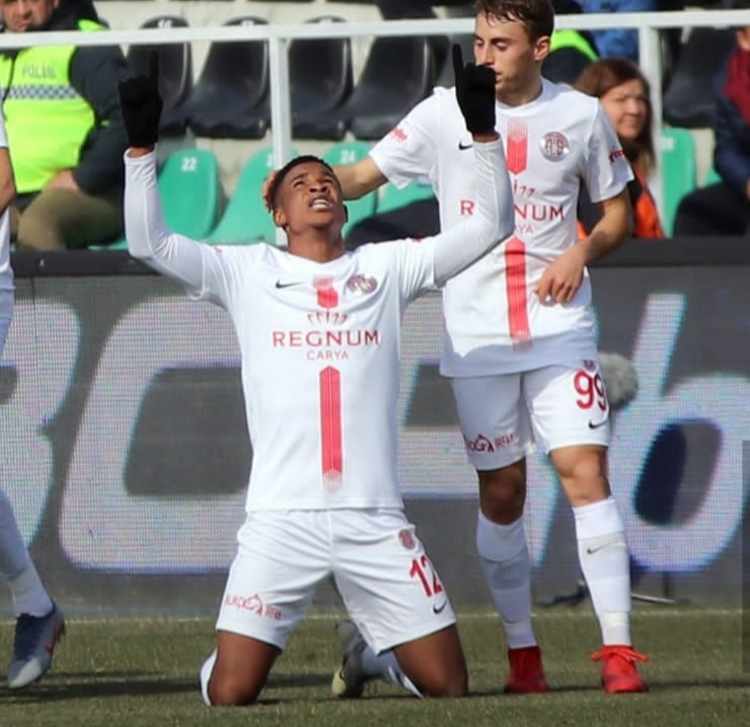 One faithful Wednesday morning, I was just washing my mouth and minding my business at the same time, i saw some group of boys but it doesn’t seem like i was interested in what they were up to. I continued and suddenly i heard a loud shout. “Guy.. When did you come back?” a guy said to him. “No be today i come back ooh, I have been around since” he replied sharply. “Omoba” is known for telling big lies. Omoba has travelled out of Nigeria before and that wasn’t a lie because he actually travelled when he was around 5-6 years old as a child. He travelled to Ghana and we all took him as a demigod because none of us has ever crossed any border. Omoba is 6 feet tall, he likes watching football, he loves Chelsea because of Nigeria’s Mikel Obi and he can go to any extent just to see any team in blue jersey play. Omoba was loved by all but his lies was just his other side people were not fan of.

Omoba hasn’t talked to me and i was just hoping he can just say “Hi” because i was also a big fan. I saw the expression on his face – he looks fragile and was ready to see off anyone who talks him down or tell him he lies too much.

“Could you believe that when i went to Spain, i saw Fabregas buying chocolates for his daughter and i refuse to take selfies with him, he begged me to but i declined” Omoba dropped a heavy lie with an authoritative voice. The guys with him knew he was lying but none had the courage to tell him to his face. An innocent Paul Mukairu was on his way for an errand, he was a passerby and hasn’t had any altercation with Omoba, he barely knows who Omoba was and how he bullied his mate, making them believe his lies.

“Guy, you can lie oh,” a young Paul Mukairu who was barefooted serenades immediately after Omoba landed with his lie. The guys all turned with shock to Paul Mukairu, i stopped washing and i turned to see my favourite young footballer, looking timid and surrounded by Omoba and his boys. “See this small boy telling me that I lied, what audacity?” Omoba was squeezing his hands with so much hatred coming out of his eyes. I barely saw Paul, someone who was sent on an errand has gotten into trouble and the least i could do is to get him out of that misery.

“Hey! free that young boy” i stood tall like pines in the snow with so much confidence starring frivolously without looking at any of them eye ball to eye ball. Deep down i was scared but didn’t want to let my fears known because it will jeopardize things for me. “Paul, go home” my voice tone was very audacious and loud, even Omoba couldn’t picture an atom of scare in me. Paul ran fast that his heels was hardly seen, he ran to his house but I’m sure when he reaches his house, his fast breath due to the speed he took will take like 30mins before it can weigh off.

I was still standing there looking at Omoba and his boys like a watcher on the wall, bright-eyed and pumped, full of optimism, from across and around the Benue, unbowed, unbent and unbroken. “Guy, stop poke nosing in my business” i could sense fear in those little words he said, he was so scared that his eye balls was scared to make contact with mine. He left the scene with his boys as our path diverged as tributaries of one great ocean.

Evening reached, i went to our local football pitch because i was so engrossed in the local football games. Our people say that “a man who does not know where the rain began to beat him would not know where it stopped,” like i knew what i wanted so it basically followed my daily routine. This evening, we gathered, almost unscathed from our previous battles, to drink ale and whatever drink we favour, to take stock of our time at the pitch, to look back with pride on the battles fought and the big victories we have won. Today, we are celebrating the end of the year match in our community. I saved Paul from being overhauled by Omoba and his boys; that was a huge risk i have taken in my life till date and no form of regret will i ever mention. “See, thanks for the other day oh” Paul tapped me from behind. I twisted my neck swiftly and i saw Paul looking at me innocently, though, he doesn’t know my name. I replied “next time, you stay out of trouble” and he smirked with his fore head facing down. He neither came to train nor play a football match, he dressed like an American rapper who is ready to give a perfect rendition on a music concert. I was impressed with how he dressed, we stayed up, introduced ourselves, became friends and laughter and joy took over the remaining day. Though, the evening sun fried what was left from our brains and certainly dried what was left in our pocket.