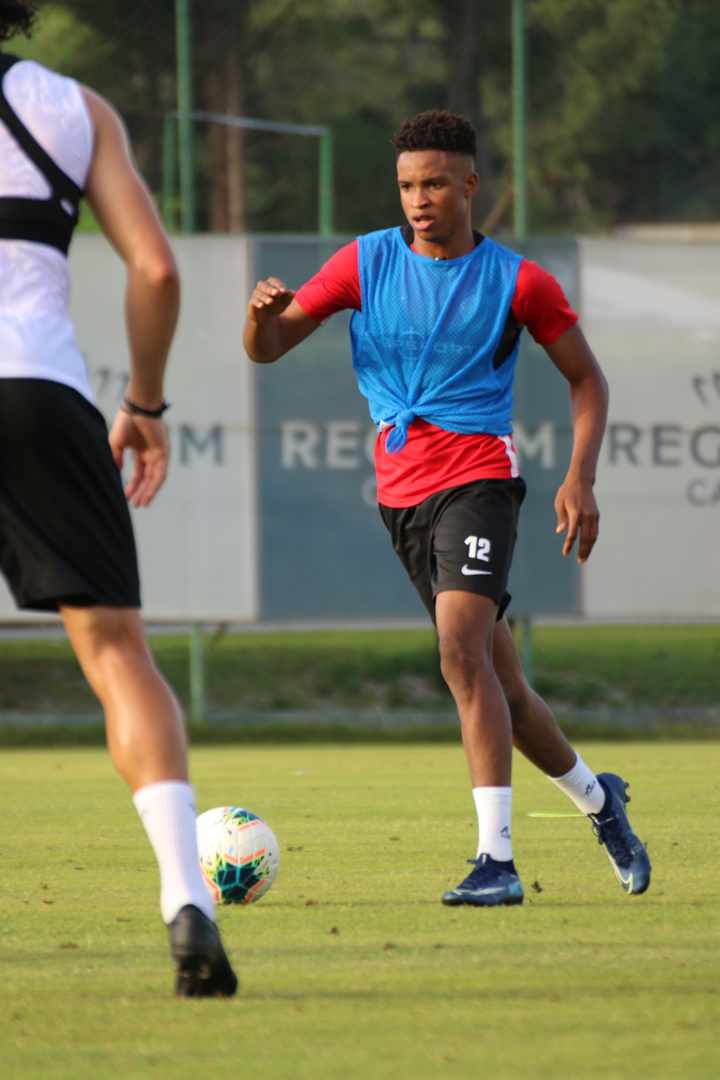 The cloud was noisy with cool breeze touching the back of my head. I felt rain was about to take it course and i set out from my habitat to a popular chemist shop where we argue football games and all. On reaching there, the seller named Emeka was standing in front of his door. We exchange pleasantries and i sat on an empty coca cola crate that was meant to keep the bottles sold out for soft drinks.

The day seems going darker, and the cool breeze was getting warmer at the same time. It was 7:15pm and i was just busy with my phone, checking out what has happened on my music playlist – I’m a big fan of Afro beat. A gentle young man who was wearing a white sultan and with his beards like that of Albert Einstein came to buy an energy drink. He confirmed he had a long day and played a vital role in his teams victory at the Group Stage of a local football competition held by the community.

He saw me minding my business and he came forward with a big grin and threw his rough palm towards. He said “Howfar na” which is a way of saying “How are you doing?” in Nigerian pidgin. At first, i didn’t notice he was close to me because my both eardrums were blocked with earphones. What drew my attention was the hands he stretched towards my position and i looked up and responded immediately. I apologized for not replying as fast as he said the greetings orally. Felix is the name, he is a known and chronic talkative and can’t keep cool when argument erupts.

Felix started talking continuously, he hardly slows down and i saw his lips making waves with saliva sprays sporadically spreading out from his Albert Einstein’s area.

He said a lot of words and he talked nonstop for about 30 minutes, what caught my attention when i was listening to my music on low volume was the sentence he made – “I have not seen a footballer in this community better than Ferdinand.” Ferdinand plays for his team, and he is probably the player his team has ever produced or had. I have always questioned my self about any player in my community better than Paul Mukairu irrespective of the position.

With great courage, i disagreed with a high tone. Emeka was in his shop listening to how two grown up men were shouting at each other and couldn’t even discuss or talk things like adults.

The day was coming to an end and what seems like to be a raining evening turned normal and i was sweating profusely from all parts of my body. Felix brought all the statistics he knew about Ferdinand on our desk, the goals he scored, the chances he created, the impact he had in games – all was exceptional but were unofficial because we don’t take statistics in our local community games. 10:15pm was approaching very rapidly and Felix’s bucal cavity was still in motion, defying the first law of Newtons.

A Northern male called Tijani, “TJ” was his nickname and nobody knows what carried him to Emeka’s shop at that ungodly hour – Emeka was concluding sales and balancing his account at that moment. TJ with no doubt has been a big fan of “Omo” and has watched Ferdinand played a little. He didn’t even utter a word and wasn’t interested on what we were arguing about but when he heard “Ferdinand better pass Omo” His ears stood still and he was even ready to devour that person who said such in an irregular manner considering the fact that he has seen Ferdinand and Omo played. He rose his both eyelash, looked at Felix whose white sultan is soaked from his sweat glands and hissed in an authoritative manner. At first, Felix was silent and bemused but when Tijani started talking, i couldn’t hear a word from him because Felix argumentative tone swallowed TJ’s vocal ability to speak. A large metal sound (door closing) was heard and Emeka who was the shop keeper told Felix to pay him his money. “Oga i will pay you when I’m done talking about my Ferdinand” Felix said. Emeka didn’t make enough sales and he was a little angry about the “bad market” situation he had that faithful day. Felix on the other hand, didn’t care about Emeka’s feelings and shut him with words when Emeka was insisting he should pay.

There was nothing to argue about but to watch Emeka and Felix discuss harshly about the unpaid energy drink bought. TJ thought it wise to settle their differences when he dragged a thousand naira note from his back pocket and gifted Emeka. Tijani who also came to my rescue from the hands of Felix also rescued Felix from unpaid debts and i was never convinced Ferdinand was better than Paul Mukairu.