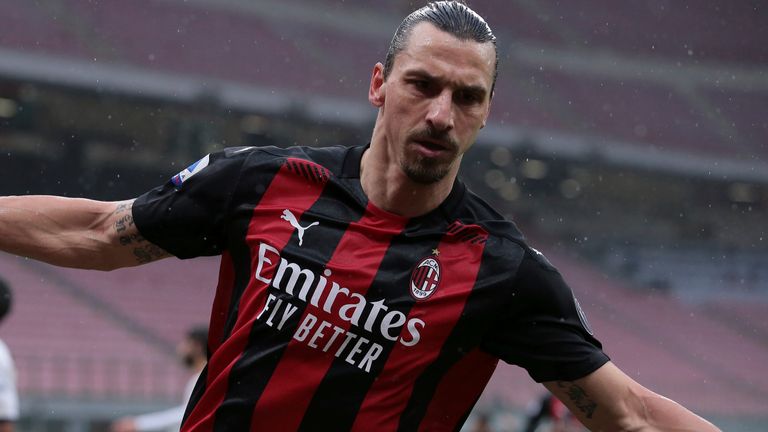 Zlatan Ibrahimovic has made a grand return to Sweden’s National football team where he’s been added to the squads list for their upcoming international match against Georgia and Kosovo on March 25th and March 28th respectively. Sweden will also go on a head to head friendlies against Estonia on March 31.

The AC Milan striker will be the oldest active footballer that will grace the pitch for Sweden when he actually features.

Zlatan Ibrahimovic has been listed to join the Sweden’s upcoming FIFA World Cup qualifiers squad after he retired from international duties in 2016.

He will join forces with the squad where Sweden will play Georgia, Kosovo and Estonia starting in the span of six (6) days (March 25th, 28th and 31st).

Zlatan used his social media pages and handles to announce he is making a massive return to his country’s team with a message that says “The return of the God”.

Zlatan who retired immediately after Euro 2016 is finally back to the fold for his fatherland. Sweden was eliminated at the last-8 of the 2018 World Cup in Russia which is Sweden’s best outing in the world stage since 1994. They were pulled out by the three lions in the quarter finals.

Zlatan’s national team call-up will also make him available for selection in their country’s quest for the prestigious Euro 2020 as they lay in the same group as Spain, Slovakia and Poland

Let’s discus Zlatan’s after-retirement from national duties; without going ageless in physique and goalscoring mentality, he has been a good signings for Manchester United, Los Angeles Galaxy and his current team AC Milan.

As it is now, Zlatan Ibrahimovic has registered 16 goals in 21 games for the Italian side AC Milan this campaign. Well, he is currently unavailable due to a right thigh problem which made him missed Milan’s last four games without exception to their much needed 1-1 draw at Old Trafford (when they paid a visit to Manchester United in the first leg of their Europa League last 16 event).