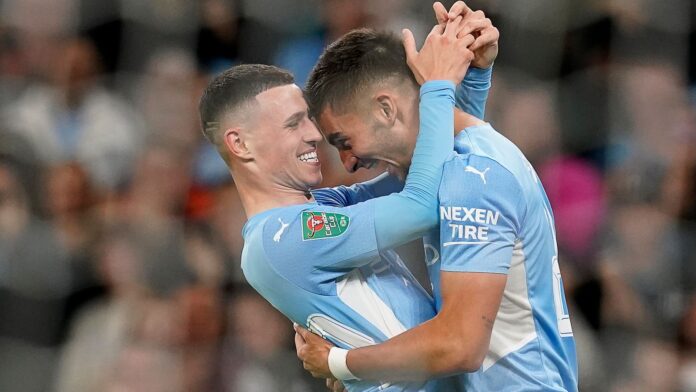 David Moyes was basked in Euphoria after the Hammers clinched a shock triumph against Ole Gunner Solskjaer’s side at Old Trafford on Wednesday night. Beating Manchester United by 1-0 means they have moved to remain as one of the last 16, while Manchester City swiflty overpowered League One outfit Wycombe 6-1 on Tuesday night.

Although, SkyBetChampionship member Preston will try all possible best to beat Liverpool at home, while Sunderland, the only League One club present in the Carabao Cup will make a trip to QPR hoping for a positive outcome.

Currently in the fourth round, there are four all-Premier League games to be played, with Tuchel’s side Chelsea hosting Southampton, Arsenal jumping on Leeds in the Emirates Stadium, 2020/2021 finalist Tottenham paying visit to Burnley, and The Foxes (Leicester City) welcoming Brighton.

Lastly, English Premier League newbies Brentford will also journey to SkyBet Championship side Stoke, with the games set to take effect on the week beginning October 25.