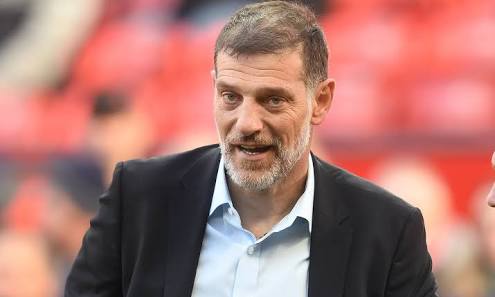 West Brom has sacked their head coach Slaven Bilic immediately he fetched a draw at the Etihad Stadium.

Slaven Bilic‘s last match at West Brom was a 1-1 impressive game at Etihad when they paid a visit to Manchester City. West Brom are currently 19th in the League after recording a victory in 13 matches.

Slaven Bilic was relieved off his duty by the West Brom’s board, with rumour saying Sam Allardyce will be likely to step in his shoes at West Brom.

Slaven Bilic was sacked on Wednesday after his side was impressive at Etihad Stadium where they secured a 1-1 tie on Tuesday.

Allegedly, there are negotiations currently going on between Sam Allardyce and the West Brom hierarchy but the former Everton manager will be expected to be unveiled as the new manager for the Baggies where they look forward to Sunday’s match against resilient Premier League side Aston Villa.

This should be Sam Allardyce head coach position after he was relieved off his managerial role at the Goodison Park back in 2018.

Slaven Bilic will exit West Brom, his fruitful 2-year spell at the club has definitely come to an end on Wednesday. At The Hawthorns, Slaven Bilic led them to Premier League promotion in order to participate at the 2020/2021 English Premier League campaign.

Nevertheless, West Brom have had a difficult spell in this season’s English Premier League, recording a victory after 13 games.

The Baggies remains 19th in the league standings, even after the own goal leveller against Manchester City.