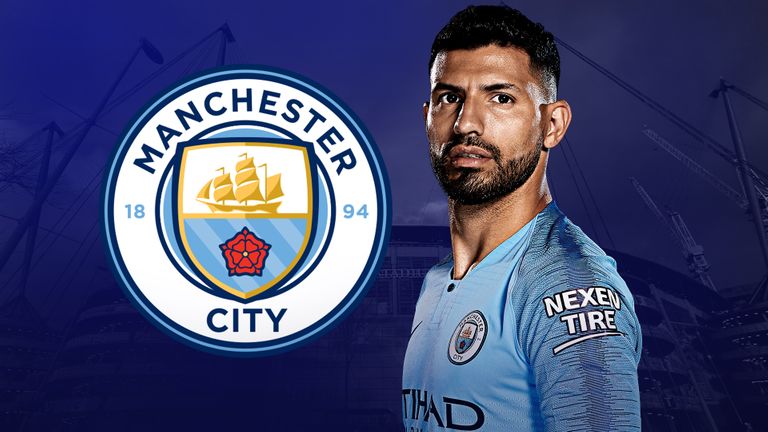 Manchester City forward Sergio Aguero is set to leave the Manchester Club at the end of the campaign after his current deal expires.

Manchester City head coach Pep Guardiola had a personal meeting with the forward on Monday, 29th March 2021 to let him know about the club’s final conclusion of not renewing his contract after a full campaign where he was an absentee due to injury;  he has featured just 14 times due to many injuries and illness in recent times.

Sergio Aguero who moved from Atletico Madrid to City back in 2011, was informed by MAnchester City chairman Khaldoon Al Mubarak that a statue is in place at Etihad to celebrate what he has achieved with them and that statue will stand side-by-side with his former colleagues David Silva and Vincent Kompany who also attained the legendary status for the club.

The Argentine striker is still active in international football with his country and the years spent in Manchester City saw him helped the club clinched four English Premier League trophies, one FA Cup triumph, and a massive five League Cups during his 10-year spell, he is not done with City this season as they are still in race for a historic quadruple (winning FA Cup, English Premier League, League Cup and UEFA Champions League in a single season).

Well, the 32-year-old is prepared to leave the club he joined in 2011 at the end of the campaign and looking for someone to fill in his boots will be one of Manchester City’s target in the coming summer transfer window.

There has been rumour of Manchester City linking with world’s quality strikers, including Dortmund’s Erling Haaland who has been so far, top-notch for his club as a 20-year-old.

As the transfer rumour has been flying out in the media, Erlinh Haaland is also seen as potential target by Real Madrid, Chelsea, Man United and many more – Haaland’s transfer market worth is set to be at the range of £100m or more. Danny Ings has also been on Manchester City’s wishlist if the Haaland’s deal doesn’t pull through.

Furthermore, Danny Ings has so far set standards for himself as one of English Premier League’s prolific strikers after making a permanent transfer to the St Mary’s Stadium (Southampton F.C.) from Liverpool in 2019. His goalscoring form also paved way for his return to the England National team.