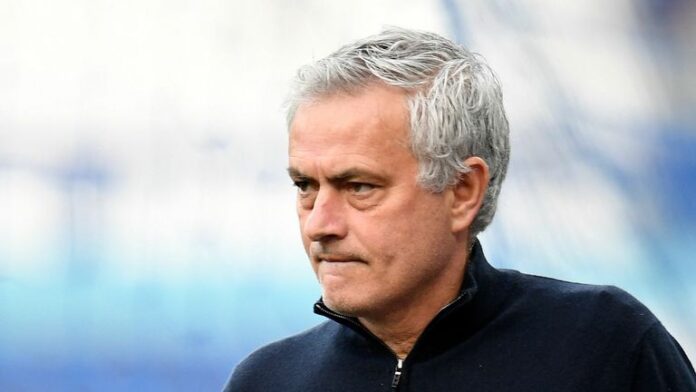 Former Manchester United and Tottenham Hotspur manager Jose Mourinho is Roma’s new head coach until 2024. He will begin his job from the start of next campaign.

Jose Mourinho was ditched by Spurs back in April, 2021 after enjoying a brief period of 1 year 5 months with the North Londoners.

The news of Jose Mourinho landing the new job came few hours after Roma confirmed that their manager Paulo Fonseca would leave the role at the end of the current Serie A season.

Joining Roma will be Jose Mourinho’s second stint in Serie A, after spending a trophy-laden two campaigns with the blue and black city of Milan before departing to Spain to join Real Madrid back in 2010.

Jose Mourinho came victorious in the Serie A for two seasons at-a-go with Inter Milan before clinching a historic treble – winning the UEFA Champions League, Coppa Italia and the Scudetto – in his last campaign with the Milan outfit.

Well, Jose Mourinho has gotten a fast appointment for a managing role with Roma without wasting time off football. He was sacked at Tottenham in April 19 and now, has a job in May 4, 2021; this is so far one of his fastest appointment after losing a job.

The Portuguese will be in charge of Roma for 2021/2022 season with a three-year contract signed that will see him stay till the summer of 2024.

Mourinho who is currently 58 years old was axed by his former employee (Tottenham Hotspur) after having poor run of results in all competition with Ryan Mason assigned as the caretaker boss till the end of the season. Mason’s performance has been impressive so far despite losing the Carabao final against Manchester City.

Mourinho’s market is of high demand especially in Italy where he enjoyed a stellar trophy triumph with Inter Milan and now he is set to replace Paulo Fonseca at the Stadio Olimpico for another three solid years.

Conclusively, Jose Mourinho has coached FC Porto, Real Madrid, Chelsea, Manchester United, Tottenham Hotspur and now, Roma is about to be added on that list.