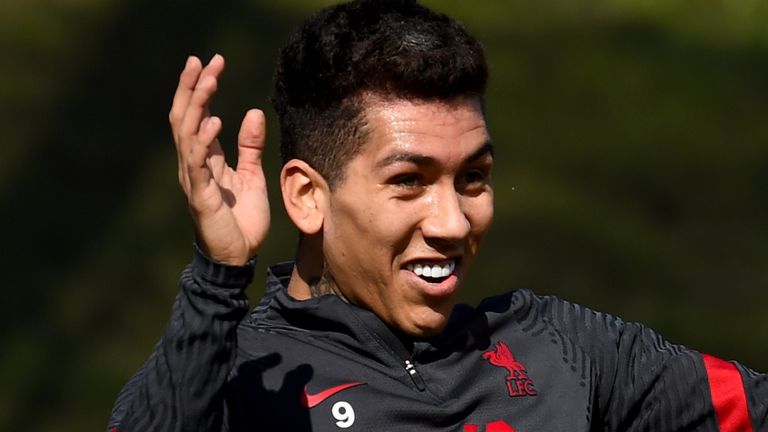 Liverpool attacker Roberto Firmino is set to return to action versus Arsenal this weekend after coming back from an injury.

The Brazilian has stayed back in Liverpool where he didn’t travel for international duties with fellow colleagues Alisson Becker and Fabinho with reasons seeing the South American World Cup qualifying round shifted due to adverse effect of coronavirus. Firmino was unavailable in their last three games with a knee difficulty.

Nonetheless, the striker was spotted taking part in a training session on Monday, 29th March 2021 at The Reds training complex.

A call-up to play for the Three Lions for Trent Alexander-Arnold was not on his table this time as he was also part of the list of good players that was dropped by England’s manager Southgate. Other players that wasn’t invited for international duty are Alex Oxlade-Chamberlain, Naby Keita, James Milner, Adrian, Ben Davies and Nat Phillips. Ben Davies has still not played for Liverpool since transferring from Preston in the January transfer window in what we called a “panic buy” due to short of center backs.

Liverpool’s Head coach Jurgen Klopp also listed in a scores of academy graduates on the squad list in order to fill up the numbers of the absentees.

After the international break, Arsenal will welcome Liverpool at the Emirates stadium this weekend. Liverpool are currently four points above their host in the English Premier League standings.

Sadio Mane has called on his teammates to fight until the very end of the campaign because there is a top four spot to catch and the UEFA Champions League is still on sight rather than relying on their injury excuses which has seen them had a worst record in defending an English Premier League title.

In 2019/2020 campaign, Liverpool was on fire, taking a long winning streak at home which ended their 30 years wait to clinch their first top flight league. Just as we thought when the current campaign started, Liverpool were on course to defend the league title, having a bright start to the season. Afterwards, they lost so many players to injury with Virgil van Dijk’s role vacant. Shambles upon shambles, losing 5 times straight at Anfield has taken them seventh position on the log with just 46 points from 29 matches and 11 games to spare..

Sadio Mane’s massive attacking form has also declined, registering only 18 involvements in front of goal (12 goals and 6 assists) after featuring 37 times in all competition this season.