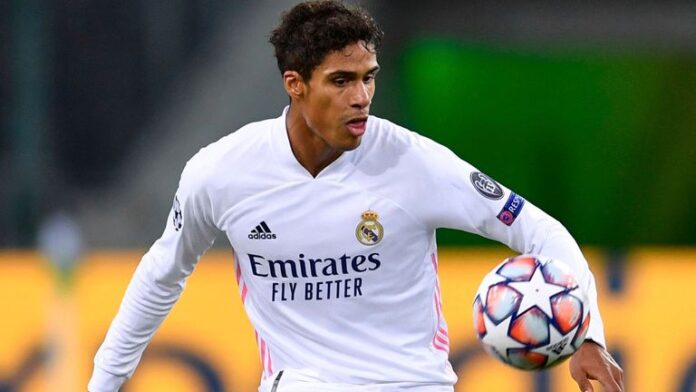 The Spanish capital side Real Madrid will have their both first team center-backs unavailable in tonight’s massive encounter with Liverpool where clubs captain Sergio Ramos is already an absentee because of a calf difficulty he had while on international break with his motherland Spain.

Real Madrid’s head coach Zinedine Zidane will put his trust on Nacho Fernandez and Eder Militao to fill the gap left by the absentees at the heart of his defence. The game that see Real Madrid plays Liverpool at the UEFA Champions League since Champions League final in 2018 will be graced as a replay and a vengeance for Liverpool which saw a 3-1 defeat in the final.

Zinedine Zidane dropped hints about Eden Hazard’s return. Hazard has been sidelined after a hip difficulty but could make a comeback in the quarter finals, though the former Lile forward was not listed in Real Madrid squad list.

Jurgen Klopp has revealed that Liverpool are playing Real Madrid not for a vengeance mission after their painful UCL final defeat at Kiev back in 2018. Mohamed Salah left the final earlier with a shoulder injury than expected after Sergio Ramos pulled out a karate on the Egyptian; that alone destabilized Liverpool‘s plan.

Well, the both clubs will go against each other for the first time since that Kiev 2018 final display, where Liverpool’s goalie Karius made two expensive errors that made Real Madrid clinched a 3-1 victory.

Jurgen Klopp revealed that Liverpool are trained and ready to go head-to-head against an attacking minded team like Real Madrid and are not holding any grudge against the team who inflicted emotional trauma to his side in 2018.

Karim Benzema has filled in the goalscoring boots of Cristiano Ronaldo since he departed from the club in 2018 and this season has been one of Benzema’s best goalscoring campaign despite injuries keeping him out for few games.

Benzema has registered nine goals in his last seven matches for the club and now on course to lead Real Madrid on a massive showdown against Liverpool.