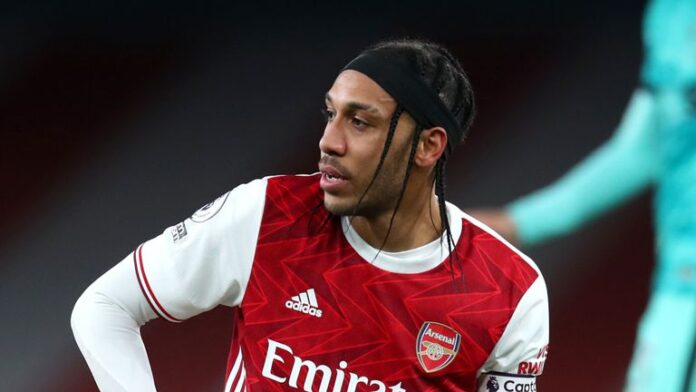 Arsenal’s forward Pierre-Emerick Aubameyang has said he is regaining his health back after suffering from Plasmodium disease, malaria.

He got the illness when he travelled to Africa for his mandatory international duty with Gabon. Malaria is a plasmodium parasite caused by the bite of an infected Mosquito.

Due to the illness, he was unavailable for selection when Arsenal made a trip to Bramall Lane which ended in a 0-3 win for the gunners. The malaria also saw the Arsenal captain missed the second leg of the UEFA Europa League quarter-finals against Czech Republic giants Slavia Prague on Thursday night.

Arsenal released statement revealed their captain was absent because of “illness” and didn’t talk enough about the issue.

Nonetheless, few minutes before the game (Slavia Prague vs Arsenal) had started in the Czech capital, Pierre-Emerick Aubameyang enlightened us further about the condition of his Malaria sickness on his verified Instagram page.

The Gabon international was in appearance at the first tie of the UEL quater-finals graced at the Emirates stadium, where he came from the bench to register an assist that leads to Nicolas Pepe’s opener. The first leg encounter ended in a 1-1 draw at the Emirates.

Lastly, we are not so sure how long will Aubameyang stay on the sidelines after he was diagnosed of the popular malaria parasite disease. Arsenal will host Fulham this weekend in the English Premier League and Aubameyang is a doubt for the clash.