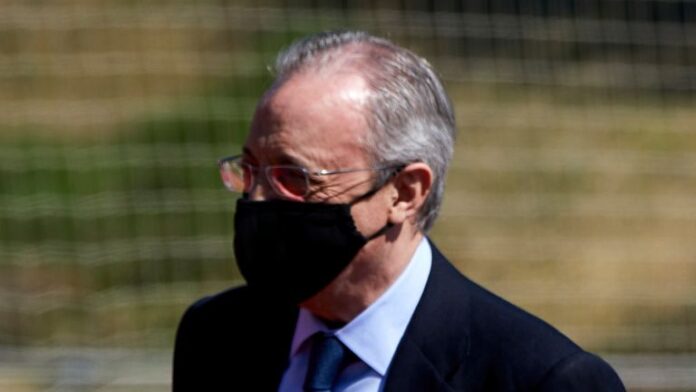 With so many matters concerning football at the moment, Florentino Perez has re-emerged as Real Madrid President for a 5-year duration (until 2025). He has been elected for a 5th time on a row and sixth time in total.

Fiorentino Perez  ran in the election with no single opponent and consequently won the post unopposed. The election was announced by the club in previous week and he was named as the victor on Tuesday, 13th April 2021.

The 74-year-old Spanish entrepreneur has been in the office of the president since 2009. He carried on from where Ramon Calderon stopped in 2009 and has spent a total of 12 years as the President of Real Madrid.

Keeping up with the good work ever since, he also spearheaded the office from 2000 to 2006 before his predecessor and also successor Ramon Calderon took over from him.

During Fiorentino Perez reign as the President, Real Madrid won their La Décima in Europe – winning their 10th UEFA Champions League titles back in 2014 and has recorded a total of 13 crowns.

In other news, Real Madrid attacker Lucas Vazquez will be unavailable throughout the rest of the campaign after having a posterior knee ligament (PCL) difficulty in their El Clasico victory (2-1) on Saturday night.

The 29-year-old winger was substituted by Alvaro Odriozola just after 2 minutes before the end of the first half, where he already registered an assist to Karim Benzema’s opener in the 2-1 El Clasico victory. Midfield player Federico Valverde was also assisted out of the pitch after having a knock in the second half.

Lucas Vazquez will be unavailable in the returning leg of the UEFA Champions League quarter-final against Liverpool on Wednesday at Anfield.

It is no news that Real Madrid had the first leg advantage by beating England’s Liverpool 3-1 in the first leg last Tuesday and will be hoping to complete the job in the returning leg that will take them to the semifinal to face either Porto or Chelsea.