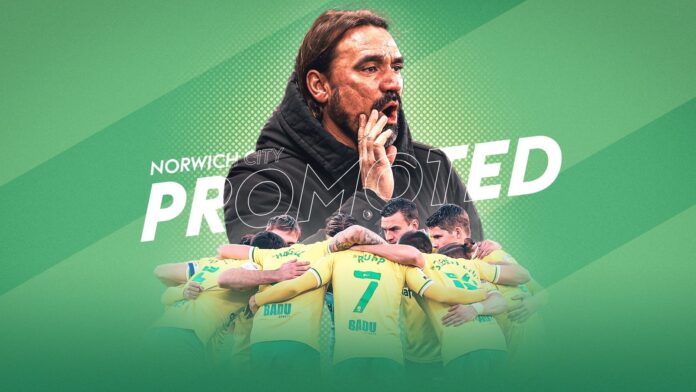 Norwich City were just relegated last season from the English Premier League down to the Sky Bet EFL Championship and now, bouncing back to the EPL displayed how their manager Daniel Farke has got fate with his squad.

Norwich City sealed a massive promotion to the English Premier League with five matches remaining to play, clinching a quick comeback to the most interesting league in the world.

Just know that Norwich City hasn’t fulfilled their gameweek fixture until Saturday evening where they will host Bournemouth at Carrow Road, but as far as Brentford and Swansea didn’t get all three points in their early kick-off means The Canaries has keep to their top priority this season.

Brentford Manager Thomas Frank and his men were disappointed after a 0-0 draw with Millwall which was played at the Brentford Community Stadium, while Wale’s club Swansea was in a fierce battle with Wycombe after going 2-0 down initially that finally turns to a 2-2 square with relegation-battled side Wycombe played at South Wales.

With so many English football pundits giving their verdicts on what went great for the team, we saw that it has been a highly scintillating performance from Norwich City since the Sky Bet EFL Championship started in early September 2020. Daniel Farke’s side had a disappointing run of games in the English Premier League last campaign and rising up to the next challenge was what really showed how classic his side has been.

They are currently the most brilliant team for most of the Sky Bet EFL Championship games in 2020/2021 campaign, and have become the only side after Newcastle United in 2017 to get a quick English Premier League comeback through automatic advancement.