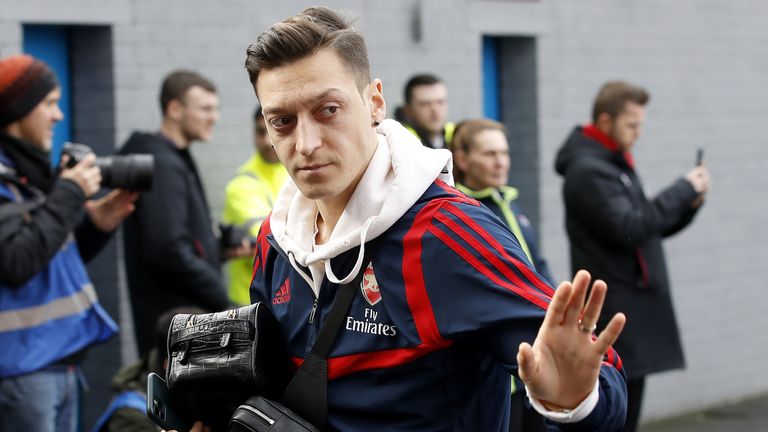 Arsenal’s prolific midfielder Mesut Ozil has signed a staggering three-and-half-year deal at Fenerbahce. He transfered to the club as a free agent after the early termination of his contract at Arsenal in January.

Mesut Ozil who publicly said goodbye to his former team-mates on Sunday before moving to Turkey for a medical with the Turkish giants Fenerbahce has just penned a three-and-half-year deal for his new club.

The 32-year-old has joined Fenerbahce as a free agent which saw the termination of his Arsenal deal. The deal was due to expire at the end of the season but an early termination made Mesut Ozil a free agent.

The paperwork is finalized and Mesut Ozil has penned a three-and-a-half-year contract for the Turkish side.

Mesut Ozil who was Arsenal’s highest paid footballer, has not graced a football game since March, 2020 after he was ditched out by Arsenal’s current boss Mikel Arteta and the Arsenal’s hierarchy.

Mesut Ozil was not listed in Arsenal’s 25-man Premier League squad for 2020/2021 campaign. He also didn’t make the Europa League squads list and was a free agent to negotiate with other football clubs since the starting of January, 2021.

Arsenal stood on their decision that they wanted Mesut Ozil to leave in January as he was no longer contributing in the field of play.

In addition, Ozil moved to Arsenal from Real Madrid in 2013, he netted 44 goals, had 77 assists in his name after 254 cap for the North London club.