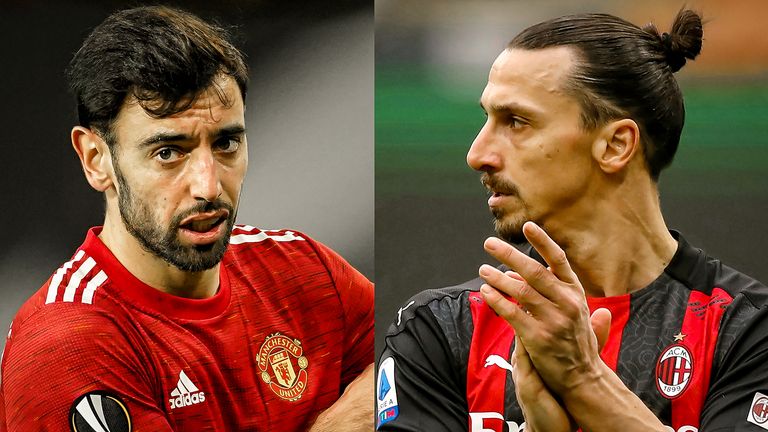 The 2020/2021 UEFA Europa League last-16 draw has been finalised with Manchester United going head to head with Italian side AC Milan while Arsenal have been drawn against Greek side Olympiakos.

With all said, Manchester United will welcome AC Milan in the first leg tie which will see their former forward Zlatan Ibrahimovic making a grand entrance in the Stretford End – Manchester United and AC Milan has gone against each other in the European competition (UEFA Champions League) in the past and now, they face each other in the Europa League; the might has really fallen… sad*

On the other hand, the gunners will also make a trip to Greece in the first leg of their game against Olympiakos. Last season’s Europa League saw Olympiakos knocked out Arsenal with a 2-1 shocking victory at the Emirate Stadium in the Last-32 phase.

Olympiakos will play all their home fixtures at Karaiskakis Stadium, the ground where Arsenal dramatically knocked out Benfica in the last-32 of the 2020/2021 Europa League; thanks to Aubameyang header at the 87th minute to make it 3-2 on Thursday.
Arsenal’s arch and disturbing london rivals Tottenham was drawn to play Croatian side Dinamo Zagreb, who defeated Champions League dropout Krasnodar in the last-32 of the competition.

Somewhere in the complete draw, former Arsenal coach Unai Emery who is currently the most decorated head coach in the history of the junior elite competition – will manage his spanish side Villarreal against Ukrainian giant Dynamo Kiev where they were drawn to play each other in the last-16.
Roma was drawn with Shakhtar Donetsk, while Netherland’s champions Ajax will take on Young Boys from Switzerland.
Granada will go head to head with underdogs of the competition, Molde from Norway after they shocked German outlet, TSG 1899 Hoffenheim. Granada are currently having an outstanding performance in their first ever stint in European competition and was on topnotch when they defeated Italian club Napoli in the last phase.

Furthermore, the first legs of the Europa League last-16 games will schedule to hold on March 11, 2021 where the second leg will be played with a week difference from the first leg. After that, the quarter-final and semi-final draws will follow suit on March 19, 2021 in Nyon, Switzerland.