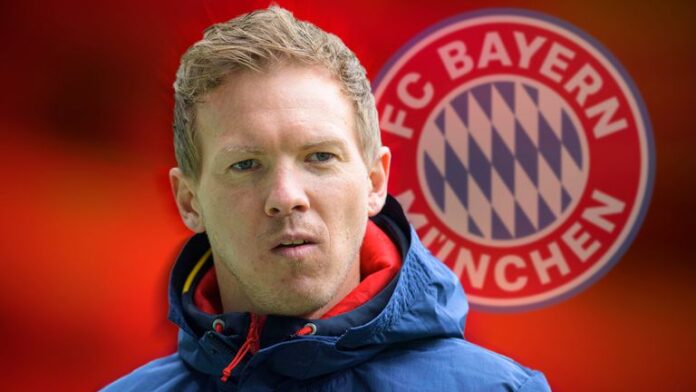 It is official!! Bayern Munich have finally snapped RB Leipzig’s manager Julian Nagelsmann to replace Hansi Flick for next campaign. The young coach will start his job with immediate effect on July 1, 2021.

His current club RB Leipzig will be pocketing a world-record compensation fee of €25m for a head coach, which includes both bonuses, according to Goal.

Julian Nagelsmann will stay with Bayern Munich for a period of 5 years (a new lengthy record) after joining in the summer.

Fondly referred to as the “Baby Mourinho” Julian Nagelsmann has become one of the most sort out managers globally and pointed as one of the best young managers in Europe. He has rumours connecting him with an empty coaching role in Spurs after Jose Mourinho was ditched few days back.

It is no longer news that Julian Nagelsmann will replace Hansi Flick. Hansi Flick was involved in a controversy when he openly requested Bayern Munich to end his current deal at the end of the campaign after having failed to conform with Bayern Munich’s sporting director Hasan Salihamidzic.

Bayern Munich recently announced that an agreement between both clubs had been settled for the early termination of Hansi Flick’s deal that will actually finish at 2023 summer.

Hansi Flick will join the Germany national team immediately after the 2020 Euros after it was revealed that their manager and 2014 World Cup winner Joachim Low would abandon his role at the conclusion of the 2020 postponed Euro tournament.