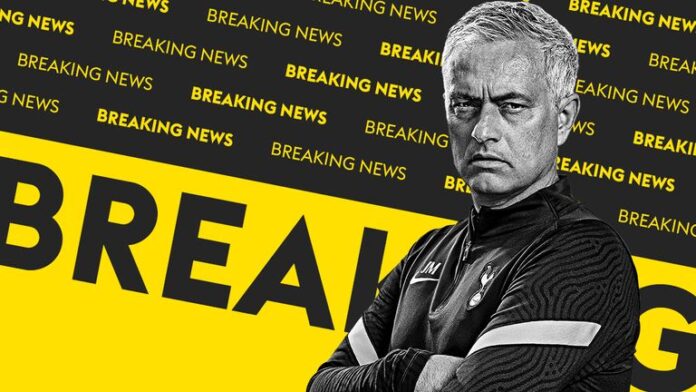 Jose Mourinho has been fired by Tottenham Hotspur just few days to their League Cup final against Manchester City.

With multiple reports that he was a strong opposition in the newly formed European Super League and that has led to his sack today.

Former Manchester United, Real Madrid and Chelsea boss Jose Mourinho has now become the fondly “sacked one” from the “special one” after he was relieved off his role on Monday morning, 19th April, 2021.

Tottenham Hotspur are yet to release a statement of the breaking news hovering around, but it was reported the Jose Mourinho who has just a week left to Sunday’s Carabao Cup final against Manchester City has been shown the red card by the North London club.

Jose Mourinho got the role at Tottenham Hotspurs since November 2019, succeeding fired manager Mauricio Pochettino. His whooping contract he signed is still active till the summer of the 2023 campaign and will be issued a huge compensation after he was fired this morning.