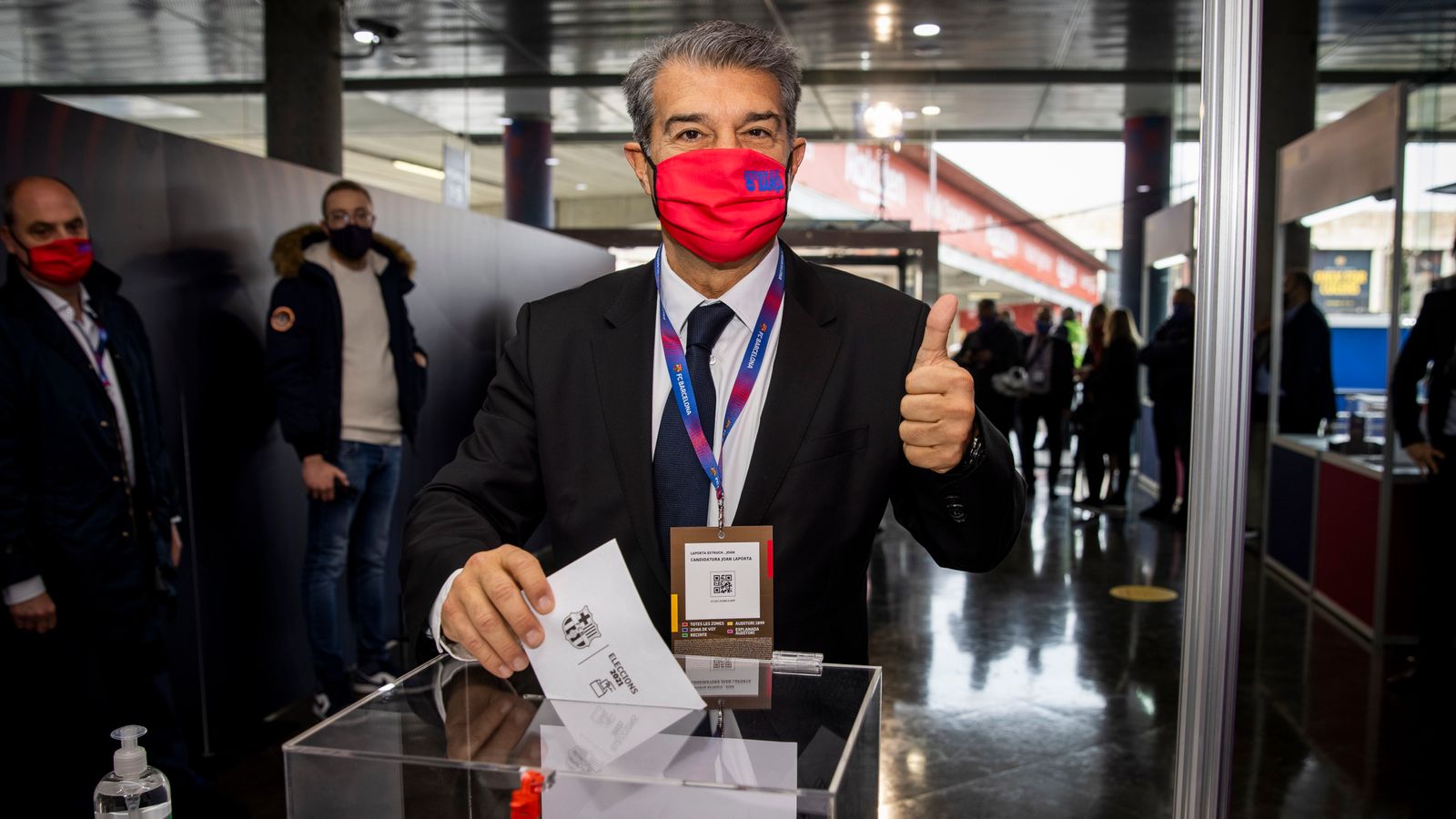 After a much tensed Barcelona presidential election held on Sunday, 7th March 2021, Joan Laporta came victorious ahead of Victor Font and Toni Freixa to see him as the next club’s president till 2026.

Joan Laporta was once Barcelona’s president and during his reign, the club enjoyed one of her most triumphant season with the then-manager Pep Guardiola with Lionel Messi their main man – making the Argentine extend his contract will be a priority for Laporta’s administration.

Lionel Messi and Sergio Busquets were also spotted casting their votes in the early hours of Sunday morning and that outcome has seen Laporta elected as the club’s latest president. Lionel Messi had a disturbing speculations about his future at the end of last season where he fell out with the former president Josep Maria Bartomeu. Manchester City and Paris Saint-Germain were interested to sign him and he also revealed publicly about the wrong direction the club has been going. Now, he wishes the next administration has a subtle vision for the club in order for them to get back to their old glory moments.

Few days back, we reported that former president Josep Maria Bartomeu was among the people detained in a “BarcaGate” scandal by the Catalan police after offices at the Nou Camp were raided.

Moreover, Josep Maria Bartomeu was arrested with Barcelona’s current chief executive Oscar Grau, Barcelona’s director of legal services Gomez Ponti, and Barcelona’s advisor to the president Jaume Masferrer where they all slept for one night at the Catalan police station.

After the demeaning moment the club has faced in recent seasons of which last season went trophyless, the Catalan club aimed to make the election a positive event and outcome, hoping Laporta could return them back to the sextuplate winning Barcelona side and that project will have Lionel Messi on course for his next individual award.

The in-person voting system was opened at 9am on Sunday, where it has over 20,000 out of the 110,290 registered members casted their vote by postal ballot. So you know, the election was delayed and postponed to March 7th due to the coronavirus outbreak as the initial election date was set to January 24.

Barcelona had six settings for the election so to make sure coronavirus restriction social distancing order is not overruled. The six locations are Nou Camp, Tarragona, Girona, Andorra, Lleida and Tortosa.