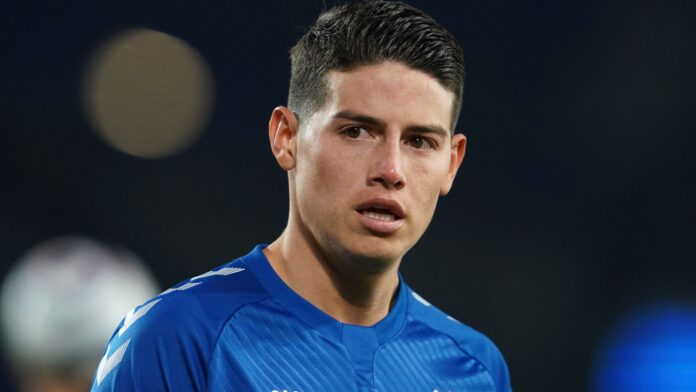 The ex Real Madrid star journeyed to Qatar at the weekend in order to complete the deal; the transfer window in the Middle East is still buzzing and active until the end of September, 2021.

Nonetheless, James Rodriguez has now completed a move away from the Toffees after falling down the pecking order under new boss Rafael Benitez, making him not to register a single minute since the beginning of the 2020/2021 campaign.

The 30-year-old Colombian International became the highest-paid footballer in Everton’s archive when he moved to the Goodison Park on a two-year contract in 2020 spearheaded by the then-boss Carlo Ancelotti.

Moreover, James Rodriguez registered six goals in 26 features for Everton in his first campaign in England, but his fate at the club was all going down after Benitez was appointed to succeed the only reason he joined the Merseyside, Carlot Ancelotti back in June, 2021.

During the recent summer transfer window, James Rodriguez had an option to transfer to Fc Porto in Portugal but an agreement could not be finalised. The Golden Boot winner at the 2014 World Cup also had unserious options from other clubs but turned out to be unverified rumours.

Furthermore, James has officially left the Goodison Park to join Al Rayyan where their current boss is former Manchester United defender Laurent Blanc. Laurent Blanc led the team to finish third in the domestic Qatar Stars League in the 2020/2021 campaign.