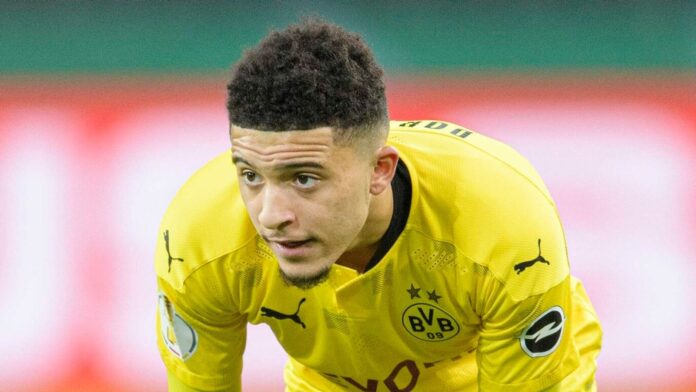 Borussia Dortmund winger Jadon Sancho will be unavailable for his side’s UEFA Champions League quarter-final returning leg as they host his former club Manchester City at the Westfalenstadion in Germany; though they are down by 2-1 aggregate.

The 21-year-old has been an absentee for over a month with a thigh difficulty and wasn’t among the squad list for the first event at Manchester City last mid-week.

The England international is working hard to get fit and recover fully but their second leg on Wednesday will be too fast for his presence in the football pitch.

Borussia Dortmund interim manager Edin Terzic has revealed that Jadon Sancho has resumed training and working so hard to be available for match day. He also said that Dortmund will be taking time to access and make him available when he is ready to do so.

Borussia Dortmund will also have injury uncertainties over key players like Mats Hummels and Marco Reus for their returning tie at Dortmund on Wednesday.

We all know that the English Premier League current leader Manchester City are already 2-1 up after the first leg show down at the Etihad. The first leg saw playmaker Kevin De Bruyne registering a needed opener in the first half before Dortmund’s Marco Reus levelled the visitors just six minutes before the final whistle.

Like the usual saying, “never give before the final whistle” was running through Phil Foden’s mind where he showcased an impressive display to seal the winner at the death for the host who are still on course to seal a record quadruple (an EPL, FA Cup, League Cup and UCL).

Meanwhile in Erling Haaland‘s camp, his representative Mino Raiola reveals Borussia Dortmund don’t want to see the prolific finisher leaves at the end of the season; a decision which he hasn’t come to terms with but insisted “there is no war” linking himself and Dortmund. 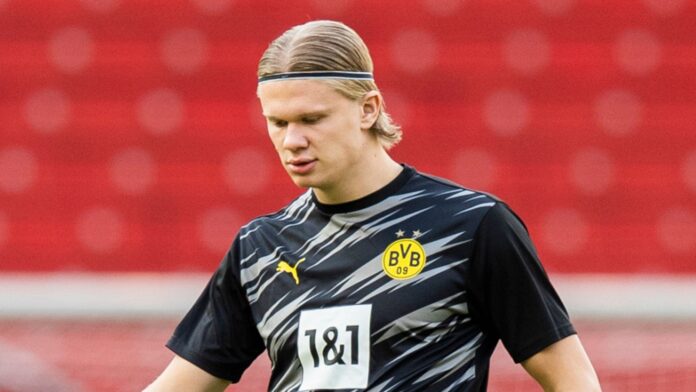 Few days back, Mino Raiola and Erling Haaland’s dad Alf Inge Haaland already met and had meetings with Spanish club giants Barcelona and Real Madrid over their the future of the clubs with respect to Haaland in the future project, while the both Manchester side (Manchester United and Manchester City) also has rumours mingling around the fine forward. Haaland has since made name for himself after registering 49 goals in 52 matches for the Bundesliga outfit making him one of the most sort out Europe’s young striker at the moment.

Moreover, Erling Haaland, 20, has a running deal at Borussia Dortmund until the year 2024 but a release clause of €75m (£66m) has been triggered incase he wants to leave in the summer month of 2022.