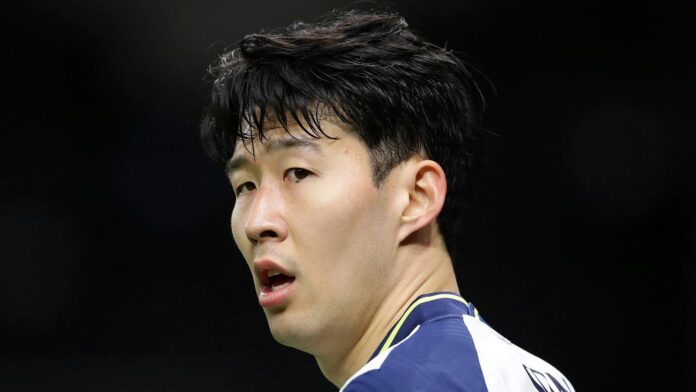 North London outfit Tottenham Hotspurs have spoken against “hateful” social media racist mistreat pointed to their forward Heung-Min Son after a massive 3-1 loss to Ole’s Manchester United at the Tottenham Hotspur Stadium; Tottenham revealed they have communicated the situation to the needed authorities.

During the course of the game, a controversial moment ensued when the Video Assistant Referee (VAR)’s decision denied an Edinson Cavani’s opener just 33 minutes into the first half. The goal was disallowed after Manchester United’s Scott McTominay was concluded to have brought down Heung-Min Son in the build-up that led to the goal; the controversial moment had social media users calling Son a cheat, with the word “Cheating” trending on Twitter.

After spending few minutes on the floor, the South Korea international found the back of the net for Tottenham, converting a fine assist from Lucas Moura, before the famous comeback kings Manchester United heaped a massive comeback.

After the football game, hosts of racist abuse was rained from social media users was rained on the 2020 Puskas winner Heung-Min Son.

Many professional footballers both in the men and women’s category have been racially called out online this campaign with the list still growing. The recent saw Manchester City’s forward Raheem Sterling and Derby County player Colin Kazim-Richards also racially abused this premier league weekend.

The football agency that houses Dele Alli, Heung-Min Son, Kyle Walker and other football professionals, CAA Base are currently participating in a one-week social media snub in objection against social media abuse.

Sometime in March 2021, former Monaco head coach Thierry Henry made a huge announcement that he would be snubbing social media in objection over the growing rate of racial abuse online and insisted he will only come back when the right authorities handled and curb online hate.

Recently, host of football clubs and footballers have taken action, with no exception to Reading’s Liam Moore who deactivated his verified Twitter page after locating racist chant on micro-blogging brand.

Furthermore, English clubs like Birmingham City, Rangers and Swansea have snubbed their official social media pages for a durataon of one week to show protest as online hates increases.