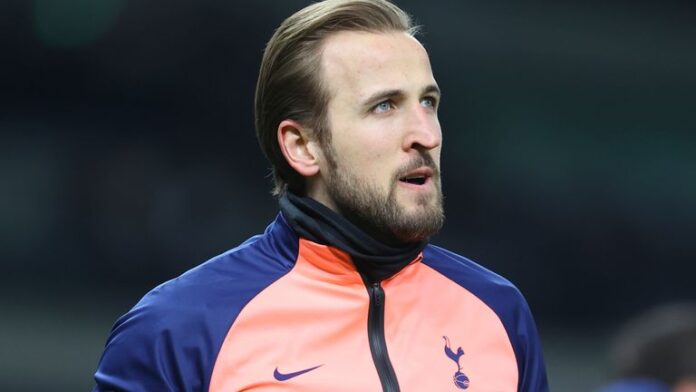 The big weekend is here again. El Clasico returns on our TV, Harry Kane promises to shine as Tottenham HotSpur welcomes Man Utd, Bayern to host Union Berlin and more across the top European football leagues in the world.

Pep Guadiorla has always mentioned Leeds Manager, Bielsa as his “mentor” in coaching. Now, he is facing a tough fight against the newly promoted side in the English Premier League early fixture. Manchester City is set to continue that fine form in the hunt for quadruple where they have showed class in recent games. They were indomitable against German giant Borussia Dortmund in the UEFA Champions League quarter finals with an important win (2-1) in the first leg and now set to complete the job in Germany next mid-week. Manchester City are 14 points clear off Manchester United in the EPL log where their sight for the topflight league crowning is ready to be confirmed in few games to come. Leeds will be in for real business at the Etihad and will be aiming to upset the blue side of Manchester.

Thomas Tuchel’s side were humbled last Premier League weekend by relegation-threatened side West Brom at Stamford Bridge but the attitude shown in the game against Porto in the last-8 first leg tie of the UEFA Champions League was superb and it seems Chelsea is going on the right track. The top four chase is still on for the blues as Lingard-inspired West Ham currently occupies the fourth position. This weekend will see Chelsea make a trip to the Selhurst Park Stadium to face Crystal Palace. Chelsea is aiming to claim all three point (much needed three point) against Roy Hogson’s men.

With an awful display at the Anfield Stadium this season, Jurgen Klopp has brought up serious excuse of fans absence in the stadium. The question is… Are they the only club with no fans gracing their stadium in the Premier League? That must be careless coming from the Klopp’s camp. Well, they will welcome Aston Villa on Saturday.. Hold on! Are you familiar with that name?.. Lol. Aston Villa made Liverpool walked alone in the first leg thrashing (7-2) in the premier league and that was like an embarrassment to the Reds. The same day they were thrashed was also the same day their old rivals was also beaten to stupor by Jose Mourinho’s side (we will soon get to that part). To keep their hope alive for UEFA Champions league game next season, they will come with a much needed victory against Dean’s men.

Manchester United were hugely disappointed at Old Trafford against Jose Mourinho’s side in the first leg (6-1 defeat). Manchester United player Anthony Martial were shown the “red card” as their former boss Mourinho showed them how it is done. Am i insisting that the red card was an excuse for the massive winning score?… Hell NO! Manchester United were poor in terms of performance where their best player Bruno Fernandes (fondly called Penalty Merchant by opposition fans) was no where to be found after his opener from the penalty spot.

Mikel Arteta’s side has been struggling in the league where they were hugely outclassed by Liverpool with a 3-0 defeat. Few days back in the UEFA Europa League, Slavia Prague scored a late leveller as Arsenal were put in a difficult position for their second leg next week. As they look for a way to play European football next season, a much needed win against Sheffield United will be on the books this weekend. Sheffield United is currently at the bottom of the EPL log currently and escaping been relegated will be a miracle for the Blades.

Let’s head to Spain, El Clasico has given us wonderful memories to behold with a lot of dramas. It became more interesting when Cristiano Ronaldo and Lionel Messi was a massive opponent and since Ronaldo left the Spanish capital immediately after the 2018 UEFA Champions league final, El Clasico seems like its a one man show with no competition for Lionel Messi. But Real Madrid hasn’t been so easy to be beaten so far where their recent El Clasico clash ends in favour (3-1) of Real Madrid in Camp Nou. Barcelona and Real Madrid are going head-to-head once more today and it will be written in the history of football. Sergio Ramos is still out due to injury he sustained during the international break and Raphael Varane recently tested positive for COVID-19 and will be unavailable for the clash. Goodnews for the Catalan Giant as Pique will be listed among the squad members for Saturday’s showdown. Barcelona is currently second on the La Liga standings with just one point behind Atletico Madrid. Atletico Madrid will be watching the both side battle out for a victory but the most suitable result they all wanted will be a draw because if Real Madrid wins, they are also on the title race with Barcelona and Atletico Madrid.

In Germany, Bayern Munich will play against Union Berlin in a massive derby game, Stuttgart will host Borussia Dortmund for a top four chase, Werder Bremen will invite RB Leipzig and lots of games to be held.