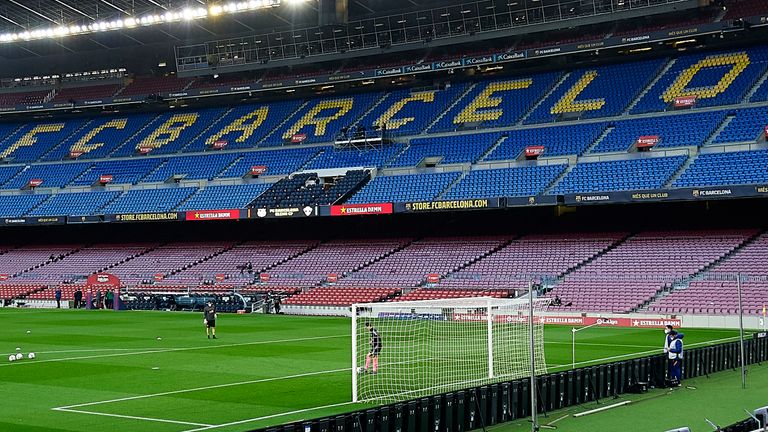 Reports reaching us at ShyScore has it that Police went into Barcelona’s home stadium, Nou Camp on Monday 1st March, 2021 in a search and seize function where former president Josep Maria Bartomeu was arrested.

The police revealed that plenty of arrests were carried out with rumour saying Barcelona’s former president, Bartomeu was also involved. The search and seize activity comes just a week before Barcelona’s presidential elections will hold.

The offices at the Nou Camp stadium were searched on warrant by the Catalan police and they also carried out arrests where former club president, Josep Maria Bartomeu was involved.

Well, the Catalan Police revealed that arrests were carried out but didn’t say which person or the number of persons that were detained.

The search and seize activity by the Catalan Police on Monday morning were linked to 2020’s “Barcagate” scandal, where Barcelona’s staffs were accused of starting a negative propaganda against current and former employees (including players) who were somewhat, important for the Catalan Club and the former club’s President Josep Maria Bartomeu.

Barcelona has since declined the outcry by the public that it secured the services and paid excessively to a certain company to make bad remarks about its own employees and opponents on social media platforms so as to uplift the status of Barcelona’s senior staffs.

The alleged company was also censured of making use of unreal social media handles to starts smear campaigns on opposition teams after they’d brings opinions that weren’t suitable for Barcelona. Some of the high profile employees reportedly houses players like Lionel Messi and Gerard Pique, including past manager Pep Guardiola.

Barcelona later unveils a selfstanding audit report showcasing that there wasn’t a mishap of any kind or any breach of any rules.

Josep Maria Bartomeu and his administration mutually resigned in late 2020 following controversy hovering around Lionel Messi when he chose leaving the club at the end of last season. Barcelona has been on financial crisis since the global coronavirus pandemic and that has financially affected and hindered their recruitment process in the club

Like i said, the police raid came just one week to their long awaited presidential elections scheduled to hold in March, 2021.