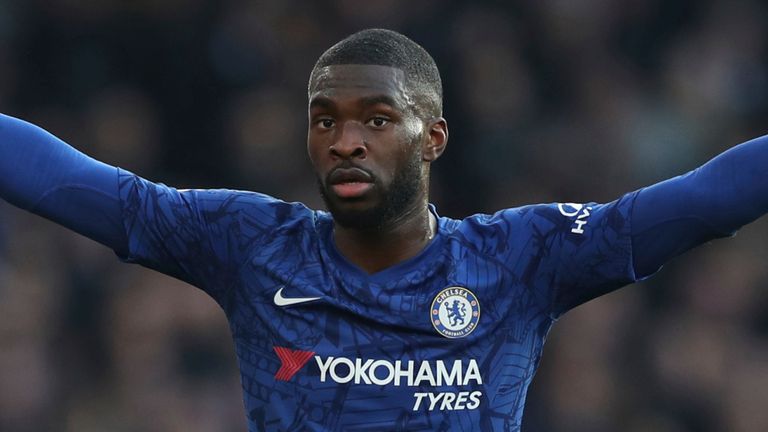 Chelsea’s young academy graduate, Fikayo Tomori has completed a loan journey to the Serie A leaders, AC Milan. The loan will be active till the end of this current campaign.

The loan move for Fikayo Tomori also involves an option to make it permanent, which would see AC Milan pay £26.6m (€30m) in total for the deal.

AC Milan has acquired the signature of Fikayo Tomori on a loan deal to solve their defensive struggles. Frank Lampard also admitted that Tomori still has a long-term future at Chelsea and that move will always help him develop to become a better player. He also insisted that Tomori deserves playing time at AC Milan because that was one of the sole reason he is living for Italy (a young lad with quality) which is “lack of playing time.”

Well, AC Milan will host Atalanta at the weekend and they are hoping Tomori will be available to increase their defensive options.

Since the transfer of Thiago Silva as a free agent from PSG, Tomori has lacked game time at the Stamford Bridge. The England professional footballer of Nigerian descent was involved as an important player when Frank Lampard first arrived at the club as their manager in 2019/2020 season. He also recorded 22 appearances in that campaign that saw Chelsea unable to sign players due to a certain FIFA ban.

Chelsea’s manager, Frank Lampard is a big fan of Fikayo Tomori, who he also signed on loan when he was the head coach at Derby County. He also sees the England International in his future project at the London club.

Furthermore, the January, 2021 transfer window has recorded the lowest transfer activities in years and that was due to the global coronavirus pandemic. It saw football clubs managing their financial resources as the second wave was imminent and not far from over.

Fans were attending games on low numbers just after the first wave was coming to an end, but as the second wave started ravaging, the government imposed rule of “no spectators” in sports started as soon as possible.