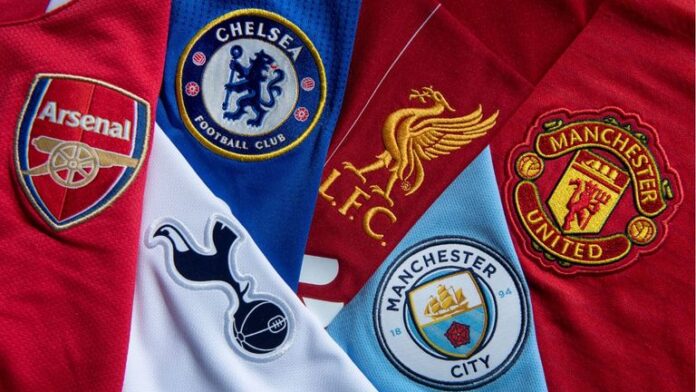 In no particular order, Manchester United, Chelsea, Manchester City, Tottenham, Arsenal and Liverpool have all come to an agreement to participate in the breakaway European Super League which UEFA and FIFA strongly opposed.

The newly formed league system has been introduced to rival the popular UEFA Champions League, but never to exchange with topflight club leagues.

Apparently, the agreement was announced on Sunday night just before Monday 19th April, 2021 when UEFA will bring up a new system for the UEFA Champions League. The UEFA governing body has wrote out new guidelines to add a total of 4 new slots in the number of clubs participating from 32 to 36.

The new system will also see out the group phase with 4 clubs, forming a single log. The participants will be playing ten games each, and a play-off stage will be available before the round of 16.

The changes to the new system will be determined at the UEFA’s executive committee on Monday, 19th May 2021. Top UEFA officials will be present for decision making with venue scheduled to hold in Switzerland.

With the news of the breakaway European Super League, ECA, (European Club Association), has strongly gone against the newly formed league with a statement released on Sunday evening.

The ECA also revealed plans on its future plans to work with UEFA on improving the structure of European club football from 2024 to the next.

The formation of the European Super League started as a rumour since last year with the speculation intensifying in January 2021. Several sports media wrote about a document been created listing the goal for a 20 club league.

Nonetheless, European football’s governing body released statement warned teams associated won’t be allowed to join any form of “domestic, European or world level” football competitions and individual players may be invalid for an international duty with their mother countries.

Also, UEFA has heaped praises on clubs in Germany and France for not agreeing to terms to participate in the breakaway European Super League.

A little recap: Back in January, FIFA made it clear that a European Super League would not be valid and with a serious warning that any team or an individual player associated would face a severe penalty and not be allowed to grace any of the FIFA licensed football competition or their following confederation like the FIFA World Cup.

The 12 football clubs participating in the inaugural European Super League are: