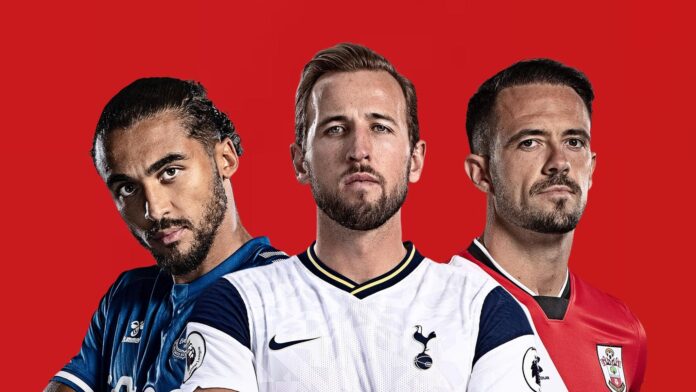 The English Premier League 2021/2022 campaign began on the night of Friday, 13th August, 2021 with Brentford welcoming Arsenal where they graced the top flight pitch since 1947. Arteta’s men were disgraced and beaten without excuse 2-0.

Our server uses a cache system and the table above might not be updated, click HERE to refresh this page in order to get the latest update on the “English Premier League (EPL) 2021/2022 Top Scorers.”

The following Saturday afternoon saw Manchester United running riot at Old Trafford against their old rivals, Leeds – the game ended 5-1 with Bruno Fernandes netting his first ever hat-trick for the club. The next day, the Premier League champions were stunned after Son fired home a wonderful strike.

Bruno Fernandes remained the only player to have scored more than one goal in Game Week 1. Salah, Pulisic, Son, Antonio amongst those who scored for their team on the opening week of the English top flight football.

Those that made their debut were Manchester United’s Sancho after making a switch from Dortmund for £74m, Trevoh Chalobah after promoting from Chelsea’s youth system, Jack Grealish for Manchester City after his record-breaking £100m transfer from his boyhood club, Aston Villa.

The 2021/2022 English Premier League campaign is set to end on May 22, 2022. So brace-up and grab your popcorn because its going to be a long and very long campaign.