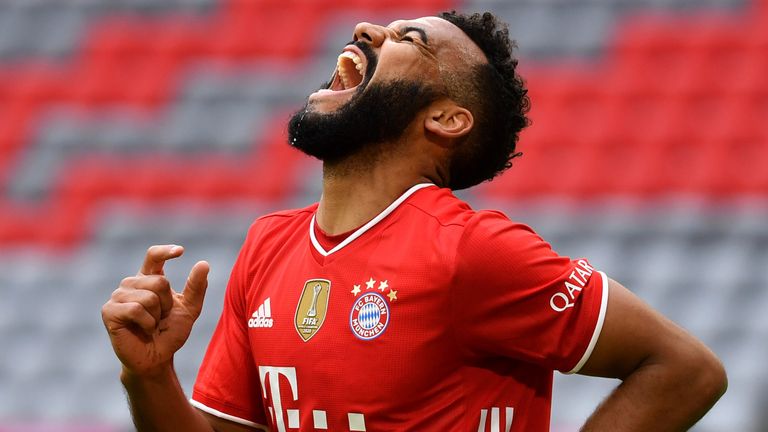 Should this be funny? Lol. An easy mail mix up has made Bayern Munich striker Eric Maxim Choupo-Moting miss Cameroon’s call-up. He is an absentee in the national team squad for their forthcoming AFCON qualifying matches.

Considering this international break is the last till the club season wraps up, the former PSG and Stoke City player will not be available for matches against Cape Verde and Rwanda in the coming weeks.

According to BILD, ShyScore has confirmed the situation behind the email mistake, with Cameroon manager Antonio Conceicao revealing the German champions did not reply to their first request about Choupo-Moting availability on his international duty.

Laughing out loud, there was a mix-up and the email was forwarded to their own email address. This is a careless mistake! Imagine not calling Lionel Messi or Cristiano Ronaldo to perform their national duties because of email carelessness. A total unprofessional act and shambles.

When the second email was sent to Bayern Munich, they replied with a positive response but still, the player was omitted from the squad for their next African Cup Of Nation qualifying round.

Cameroon have secured a qualification alreadg in the competition as the hosts country but are still participating in the qualifying phases.

Eric Maxim Choupo-Moting did his 32nd birthday on Tuesday, March 22nd 2021. He was birthed in Hamburg, Germany. He pledged to play for the Cameroon national team after representing his native country at youth stage.

Choupo-Moting had his first senior appearance for Cameroon in 2010, ever since he has gathered and registered over 50 Caps for his motherland, wearing the captain handban on seven different events.