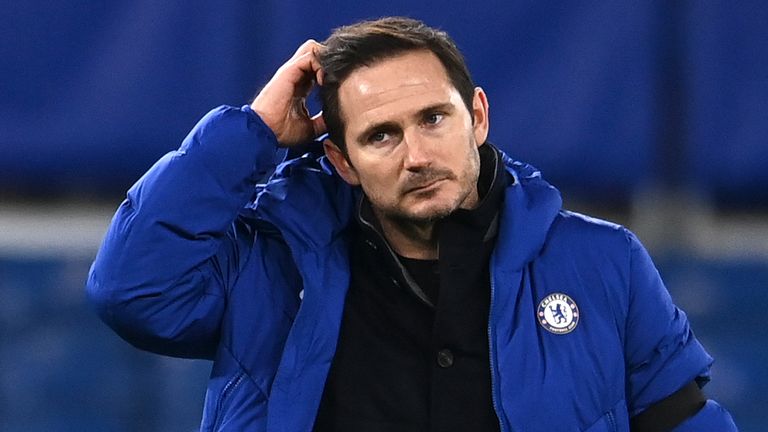 Chelsea’s legend and current manager Frank Lampard has been relieved off duty from his role after just 1 year 6 months in his job. Reports has it that he will be succeeded by former PSG coach Thomas Tuchel.

Thomas Tuchel was axed by the defending French champions PSG back in December. He also has “coaching Borussia Dortmund’s first team” in his curriculum vitae and will be willing to add Chelsea’s next job in his CV. Multiple reports from England revealed that he will be appointed Chelsea’s next manager and procedures are ongoing to unveil him before their next English Premier League match against Wolves on Wednesday. The young manager who has been out of job since December, 2020 has no competition and will be the only candidate for the role.

Frank Lampard is Chelsea’s all-time top scorer during his playing days in the club and a known legend. When he was brought in from Derby County after Sarri was sacked, he had an impressive first season stint as a Chelsea manager, leading them to the FA Cup final and qualifying for the UEFA Champions League. Lampard also helped promoted Chelsea’s youth side who had a good season when clearly they were on FIFA transfer ban and also loosing Eden Hazard to Real Madrid.

Before the start of the current campaign, Frank Lampard spent in excess of £200m on new signings in the summer where he brought in 7 quality players including Kai Havertz and Timo Werner. Chelsea’s current position in the premier league is 9th after 19 matches (half way of the season). Frank Lampard suffered a defeat at Leicester City in his last league match and went ahead to impress in the FA Cup against Luton but the win against Luton wasn’t convincing enough to keep his job intact. Generally in the EPL standings, Chelsea is 11 points behind league toppers Manchester United and 5 points margin behind Liverpool who is currently in fourth position.

Frank Lampard led the blues on a 17-game undefeated streak but massively lost to Everton, Wolverhampton, Arsenal, Leicester City and Manchester City. Those defeats created that “doubt” atmosphere about his long term and future project he has with the club.

In conclusion, Thomas Tuchel will be expected to be announced as Chelsea’s new boss before they take on Wolves in their English Premier League returning leg. Chelsea owner, Roman Abromovic has also released a statement about sacking Frank Lampard where he said that Lampard’s legendary status still remains in the club and he had to do what he did to make the club move on following a difficult run of poor results. Abramovic also revealed it was hard and rarely unacceptable to sack the former player.