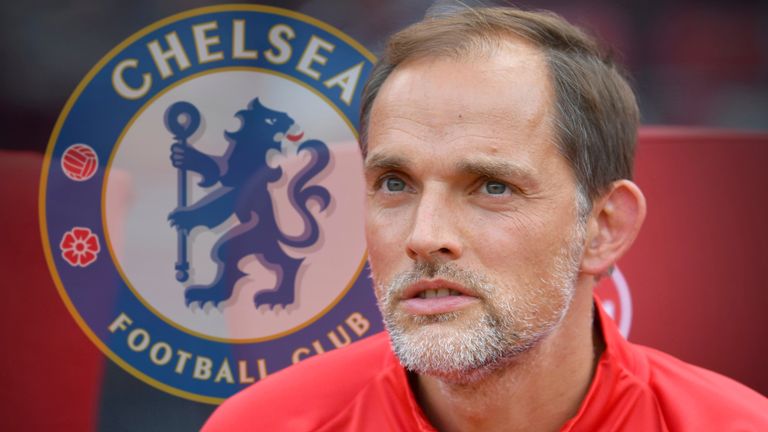 Former PSG and Dortmund boss Thomas Tuchel has been named as the new Chelsea’s manager after Frank Lampard was dismissed.

Thomas Tuchel was announced on Tuesday, 26th January, 2020 as the replacement to Frank Lampard, who was relieved off duty on Monday due to poor run of results in the league. Chelsea’s released statement revealed that Thomas Tuchel had penned a one-year-and-six-month deal with the possibility of extending which will come after a good run of results.

Chelsea’s statement also said that Thomas Tuchel will be available for the team in their Tuesday evening training session and will be in the dugout for the game against Wolves on Wednesday night.

The German was available for the role after his was sacked from PSG. At Paris Saint-Germain, he won the Ligue 1 titles two times on a row and led PSG to 2019/2020 UEFA Champions League final before being succeeded by former Tottenham and Espanyol coach Mauricio Pochettino.

Tuchel also won the DFB-Pokal in 2017 with Borussia Dortmund before he completed a move to Paris Saint-Germain. His move to the French side helped them made an appearance in the 2020 UCL finals which was narrowly taken from them by German outfit Bayern Munich. Kingsley Coman’s only goal was enough for them to be defeated (1-0) and missed out on the most prestigious club football trophy in Europe.

Frank Lampard, who was sacked by the London club on Monday, took Chelsea to the 2020 FA Cup final and qualified for the UEFA Champions League by finishing top 4 in the EPL. In that stint, he was seen as been successful because the club suffered a transfer ban imposed by FIFA and also loosing Eden Hazard to Real Madrid.

But after a large transfer spending spree of more than £200m on new entries, Chelsea has lost 5 in their last 8 league games where the likes of Everton, Wolves, Manchester City, Leicester City and Arsenal all added to their misery and the club found themselves in the mid-table. Lampard’s dismissal was due to poor run of results and the failure to bring out the best from new and expensive signings like Hakim Ziyech, Timo Werner and Kai Havertz. Chelsea will also be on the brink of missing out on next season’s champions league spot if the poor result continues.