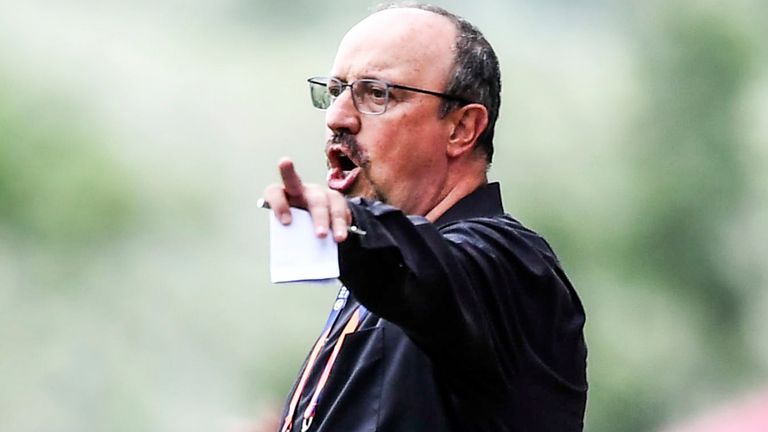 Former Liverpool coach, Rafael Benitez has left Dalian, a decision he took due to coronavirus concerns.

Rafael Benitez revealed he already decided to leave his role as the manager of the Chinese club, Dalian. Well, he has been in that position since June, 2019.

He left the Chinese club due to worries about the well-fare of his family as the second wave of the COVID-19 pandemic begins to ravage the world. He has placed his family as a priority over his job and couldn’t take the chance of being infected with the disease or his family.

Rafael Benitez has left Dalian through a mutual agreement on both side and could be heading to Europe anytime soon.

The 60-year-old professional football manager still has one year left on his massive £12m-a-year deal signed at the Chinese Super League side. His last job as a football manager was at Newcastle United before he joined Dalian in June, 2019.

The Spaniard revealed he made the decision because of the well-fare and health status of his family amid the global pandemic which originated in China.

Well, Dalian was unable to qualify for the Championship phase last campaign, that was due to the effect of the pandemic, concluding seventh position in their eight-team group.

Nonetheless, Dalian sealed an elite status as they battled hard in the relegation playoffs.

Steve Bruce is the current manager at Newcastle and also Rafael Benitez’ successor. With poor results coming out of the St James Park, Bruce is under an extreme pressure at the club. Newcastle has gone 9 straight games without a win and rumour has it that Benitez may be rehired at the club.