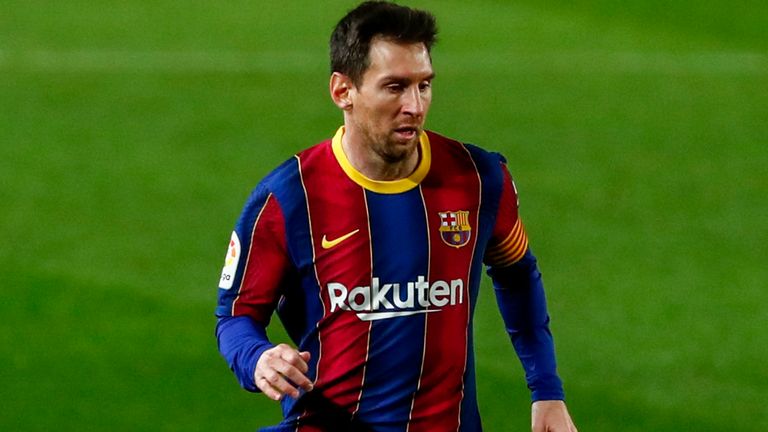 Barcelona threatens to take El Mundo newspaper to court after publication indicating that Lionel Messi’s contract in the span of four years was worth up to £492m.

The Spanish newspaper giant revealed that they had access to the document the Argentine penned with Barcelona in 2017. The deal includes fixed earnings and add-ons that will pile up to approximately £122m in each campaign. The publication also revealed that the contract will make Messi the highest earner to have ever received that wages as an athlete.

Since the resignation of Joseph Maria Bartomeu as their club president in October, 2020, Barcelona’s board and hierarchy has been overseen by a short term president who insisted that he is ready to sue the newspaper outlets and are in support of their employee, Lionel Messi.

The Catalan club has had financial drag since the global coronavirus outbreak where their caretaker president Carlos Tusquets revealed that Barcelona should have cashed in from the sale of Lionel Messi during the summer transfer period. Scores of European elite football clubs like Manchester City, Paris Saint-Germain, Inter Milan were all rumoured to be interested in signing the 6th-time Ballon d’or winner for a huge negotiable sum but he naively decided to stay at Barcelona to see off the contract he signed.

Apparently, Barcelona has moved to second position on the La Liga standings after Messi’s outstanding free kick goal against Athletic Bilbao made them came thrilling with a 2-1 crucial win. The goal saw Messi hits a milestone of 650 goals for Barcelona.

Lionel Messi is Barcelona’s all time top scorer and his decision to stay this season was due to the relationship and love he has for Barcelona. He never wanted a legal battle with the then-president Bartomeu who insisted that his €700m release clause will have to be triggered in order for him to leave.