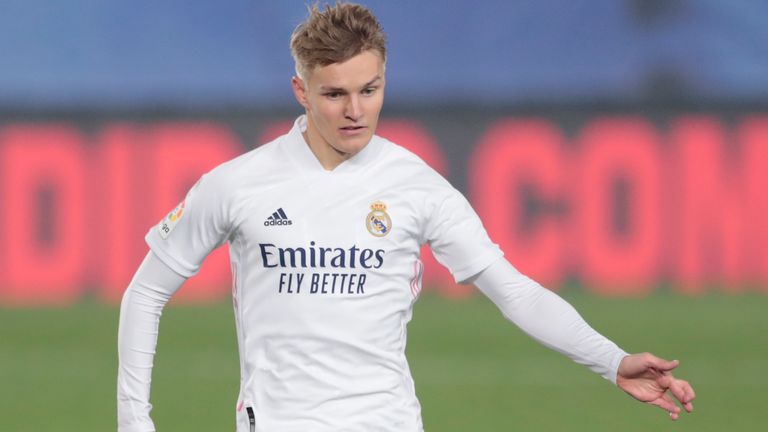 Arsenal football club have accepted to sign Norwegian teenage sensation Martin Odegaard on a season long loan till the end of 2020/2021 campaign.

Real Madrid young sensation Martin Odegaard will conclude a medical on Tuesday before sealing his loan transfer to Arsenal football club in England.

The Real Madrid young midfielder insisted he was lacking playing time in Real Madrid senior team. He had a total of nine appearance in all competitions this season and he is still yearning for more regular first team football games.

Real Sociedad prioritized resigning him after his impressive season-long loan spell in 2020, but Real Madrid has made it clear that they want to transfer him to a different league which will aid in his improvement as a player.

Martin Odegaard netted 7 times and also registered 9 assists in 36 appearance when he was on a season long loan at Real Sociedad, which made Real Madrid halted his two-year loan.

Plenty of English Premier League clubs also wanted the services of the 22-year-old, including Leicester City. Leicester City pulled out of the race after having a crunch discussion with the club.

In few days time, Martin Odegaard will become Arsenal’s official second signing of the current transfer window, after tapping for the availability of Brighton goalie Mat Ryan on a short term loan contract.

Arsenal has been doing business this January transfer window where they have had series of players leaving and coming in. Players like Sokratis Papastathopoulos left after agreeing mutually to terminate his current deal, while Kolasinac and Saliba had made a loan transfer to Schalke 04 and Nice respectively. Ozil has also completed his transfer to Fenerbahce as a free agent this season.