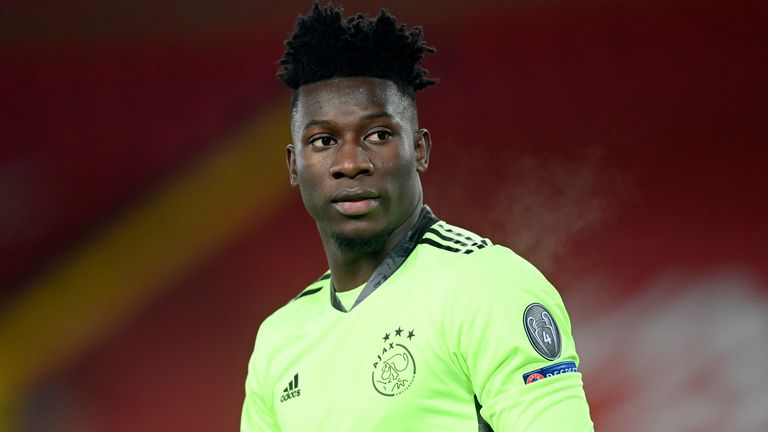 Ajax goalie and Cameroon international Andre Onana has been handed a one-year suspension by UEFA after failing a drug test in October, 2020.

After a thorough check, Furosemide was found in Onana’s urine, but Ajax released statement revealed their goalkeeper took that after feeling sick.

Ajax also insisted that they will drop an appeal at the Court of Arbitration for Sport (CAS) to overrule the decision made by UEFA.

Ajax is at the top of the Eredivisie with a 7-point margin just ahead of PSV Eindhoven. In the UEFA Europa League, they were drawn with Lille in the round of 32 which will be played in the later stage of February.

If Onana’s suspension still holds, it will be a bad moment for Ajax considering the fact that he was an important player for the team in the last few years and still counting.

He was signed from Barcelona in 2015 and in this campaign, Onana has managed nine clean sheets in 20 league appearance for the Dutch club.

Andre Onana was also available in all the UEFA Champions League group-phase matches this season where they concluded third position behind Atalanta and Liverpool.