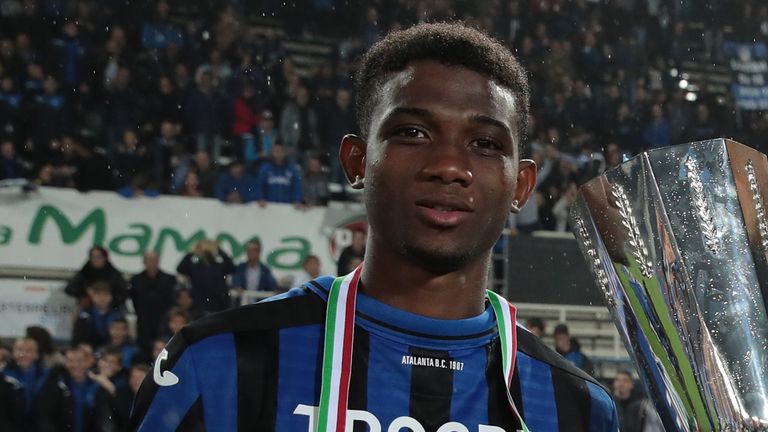 Manchester United-bound player Amad Diallo will officially sign for the club in January after getting an Italian passport – fees were agreed on the last day of last summer transfer win.

The Ivory Coast born attacker Amad Diallo will officially be a Manchester United player in January, 2021.

The Atalanta young sensation is clear and has been issued an Italian passport as his £37.2m summer move to Manchester United was kept on hold.

Manchester United are also hoping that Amad Traore who was given an Italian passport, will also get a UK work permit which will allow him travel to Manchester in January, 2021 to finalise the pending transfer.

Manchester United confirmed they agreed a transfer swoop for the Atalanta winger on last summer transfer day, just after the player’s transfer to Parma was out in the dust.

Ole Gunnar Solskjaer made Amad Diallo a transfer target after their long chase of England’s player Jadon Sancho was left with no hope.

Amad Diallo came to Atalanta’s football academy in 2015 and made his senior debut in a 7-1 win over Udinese back in October, 2019.

Diallo has capped a total of 4 appearances in Atalanta senior team. Last campaign, he registered seven goals and eleven assists in 24 cap for Atalanta youth’s side.

2018/19 campaign made him capture the heart of Manchester United scouts. Amad Diallo registered 18 goals and 13 assists – which actually saw him got promoted to the senior side.